Reykjanes Peninsula, Iceland - What else is there? 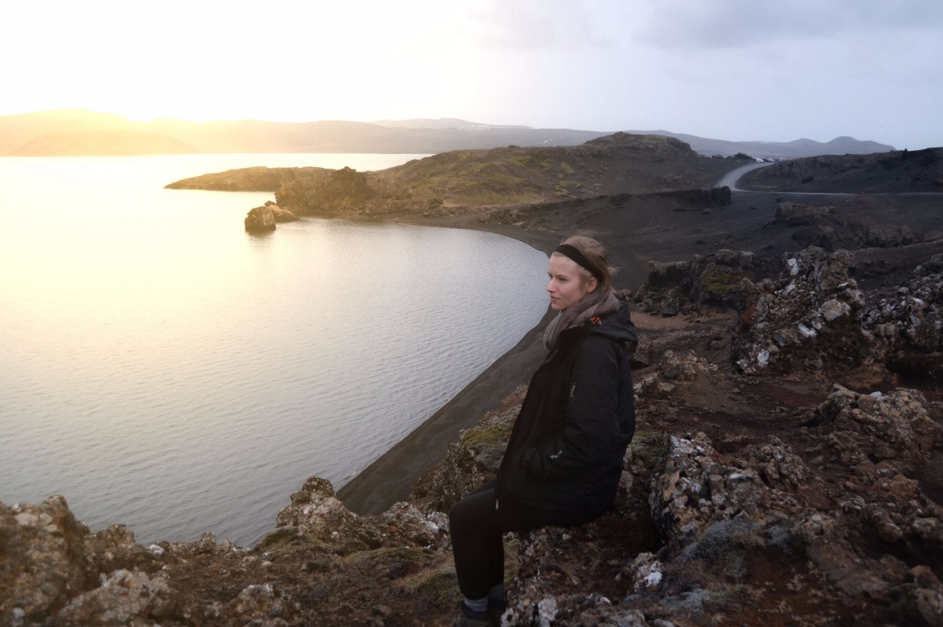 What do you know about the Reykjanes Peninsula in Iceland, other than the airport location and The Blue Lagoon? There are plenty of other places to explore, as this area is quite enormous. People tend to head straight for Reykjavík city without thinking about what they could be missing out on. Reykjanes Peninsula certainly is an underrated place however the seemingly alienated place is filled with once in a lifetime attractions. Hopefully, once you have read this, the first thing you will do is explore the excentric place

What do I need to know about Reykjanes Peninsula?

Reykjanes Peninsula is a UNESCO Global Geopark, which lies on massive plate boundaries along the Mid-Atlantic-Ridge that is part of the 65.000-kilometer mid-ocean ridge encircling the earth. Here we have a lot of earthquake activity: At the beginning of February of 2020, more than 700 earthquakes were detected in Reykjanes Peninsula within 24 hours due to slight volcanic activity coming from Thorbjorn mountain, that lies beneath a volcanic zone.

The Reykjanes volcanic system mostly consists of lava fields, basaltic crater rows from the post-glacial times, and small shield volcanoes. A shield volcano is a very low-profile volcano, resembling a shield lying on the ground. This is why, when erupted, lava travels a lot further compared to a regular volcano.

What attractions are available in Reykjanes Peninsula?

Here we will state a few selected attractions that we think are worth visiting. What Mother Nature has created for Iceland is truly magnificent and unique, and you will be greatly astonished.

The city of Keflavík is additionally known for being the hometown of many big artists in Iceland. So the obvious choice for the placement of such a museum would be located here. This museum is considered to be modern and it features the great history of Icelandic pop and rock music. Do you have a passion for music, you are missing out on a lot by driving past it. It is located merely 5 kilometers (3.4 miles) away from Keflavik airport.

The bridge between continents

In Reykjanes Peninsula, you will find a man-made boardwalk bridge that will lead you from one continent to the other. Is that not both weird and cool at the same time? These are the boundaries between the Eurasian and North American tectonic plates. The two plates are constantly drifting apart, creating massive rifts. As the plates continuously separate from each other fissures are destined to happen which makes the plates drift apart furthermore. Near Sandvík, a town in Reykjanes Peninsula, there is a bridge between these fissures in which you can either go into or stand on it.

Grænavatn, the translation being Greenwater, is located a few kilometers from Krýsuvík, which I will mention in a bit. This lake is a compact volcanic crater and got its name by the odd color that comes from within, creating an aquamarine-like color. Deep inside the lake, there is a high level of sulfur and that is one of the reasons why the color of the water changes. Thermal algae also plays a big role in the color change. This lake is 45 meters (148 feet) in depth and you can see how the color changes as the lake goes deeper.

Gunnuhver geothermal spot is an area close to Reykjanes Lighthouse, which was Iceland's first lighthouse that rose in 1878.

Gunnuhver got its name after a female ghost names Gunna (often a nickname for someone bearing the name Guðrún (Gudrun)) who roamed the area. She was a very troublesome ghost and caused major disturbance which was stopped over 400 years ago by a priest, who put up a trap into the hot springs in which she fell.

Gunnuhver is a super active geothermal area containing mud pools and steam vents. What is so unique about Gunnuhver hot springs is that the water is 100% seawater as it lies so close to the ocean. But it is also quite dangerous. The water goes far above the boiling point laying at 300°C (570°F) so it is super important to stay safe and stick to the trails in this area. Gunnuhver is Iceland's largest mud pool, the width being 20 meters (65ft).

This is just one of many wondrous geothermal hot springs in the Reykjanes Peninsula area.

Krýsuvík is a geothermal area south of Kleifarvatn (picture above). Here you will encounter volcanic vents and boiling hot springs surrounded by eye-pleasing multi-colored hills. Those colors being the distinctive red, yellow, and green. Please, make sure to follow the pathways that walk you through the bubbling and boiling geothermal spot. Throughout the paths, there are informative signs revealing every great detail concerning this hot spot.

Seltún, which shares the same parking space as Krýsuvík area, is another important high temperature geothermal hot spot. A pathway will lead you through its mud pots and fumaroles.

Kleifarvatn Lake is about 8 km2 (86 ft2) and 97 meters (318 ft) deep. It is the largest lake in Reykjanes Peninsula and the third-largest in the south of Iceland. It is also the seventh deepest lake in Iceland. Since the year 2000, a few major earthquakes have opened the fissures at the bottom that has diminished the lake quite a bit.

In this lake, you can find an unusually large brown trout and a good-sized char, however, you would need a fishing license and ID to be able to fish.

Brimketill, sometimes called Oddnýarlaug, is a tiny and naturally sculpted pool lying at the lava shore in the south of Reykjanes Peninsula.

It is said in the folklore that Oddný, a giantess, often occupied this pool. Make sure to watch your step and your children, should you bring them along, while gazing this fantastic formation as there is no safety supervision and as the waves sometimes reach the parking lot as it is so close by.

How do I get to all of these places?

The obvious and ideal choice to explore all of these wondrous places would be to rent a car, that suits you the most. Most of these areas are free of charge, so splurging in a rental car should be easy and in our case, very cheap. We can hook you up with a vehicle for a great price, so you can explore the natural phenomena of Reykjanes Peninsula.

You can see a detailed map at the top of the article clarifying the whereabouts of all of the mentioned above places.